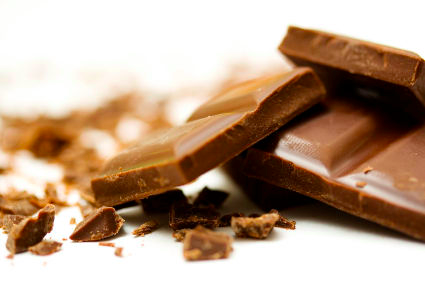 Not in my household (the strangest thing I’ve been craving this past week is the hot peppers from Potbelly’s) but apparently, the staff at the Wall Street Journal had junk food on their minds. I don’t know if you saw either of the pieces, but let me give you a recap.

I stumbled across the video in disbelief. Since companies can’t market junk food to kids on television, they’re using smartphone applications to do it. I kid you not, there’s a free game called ‘Icee Maker’. What is the genius plan behind this application, to take over the world?

No, basically to show kids how to make their own Icee. And this ignites their brain synapses and makes them want one. Literally all the application does is let you choose a flavor and make a virtual icee for you.

Dum-Dums has a game where one just taps the screen and the dum-dum goes away little by little until it’s gone. Super pretzel factory, cookie dough factory, and companies like Kraft and Mars are also making food games.

When I was three, I had better things to do than plug away in my own virtual pretzel factory. And even if I did own my own pretzel factory, it wouldn’t make me want one, just the opposite. First, because I dislike pretzels (I didn’t eat them until they came out with honey coated ones). Second, it goes against every principle of working in a food establishment. You eventually get sick of eating the food unless A) you just want to eat something or B) you actually like eating the same things every day.

The second was a bundle containing an article, video, and interactive graphic about food cravings. Food cravings are a mix of social, cultural and psychological factors, heavily influenced by environmental cues. Chocolate is the most-craved food in America (no surprise there) but other cultures don’t seem to have a word for craving. For example, Japanese women are more likely to crave sushi.

However, the big solution this study and article presents? Don’t fight the feeling. The more people resist their cravings, the more they want them.

And exercise helps. Or sniff on some jasmine or peppermint.

Personally, I looked at the infographic and found it intriguing. For my meat-loving friends, did you know the rich, mouth-feel of meat actually has a name? It’s called ‘umami.’ Other facts explained why we crave salty foods in times of stress and the chemicals each food had in them.

I personally don’t use crunchy food as an outlet for anger, but I’m always in the mood for chocolate, especially my nightly pinch of Ghirardelli Semi-sweet chocolate chips (while they last in my house).