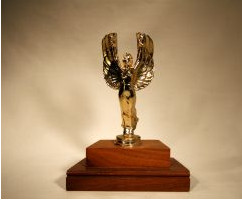 Writing is apparently a useful skill to have. News stories in the past couple of days have highlighted a teacher using it for therapy, Real Housewife of New York Bethenny Frankel releasing a book about being a single mom after her divorce, and just recently, the Inquisitr reported on a story about a wife writing to the staff of Elle Magazine to ask advice about her husband poisoning her.

Talk about a cry for help! Writing a letter to the local police department would probably have been more effective if she was afraid the phones were tapped.

I have to give major brownie points to Brazil. Though the following is about reading and they have recently been in the news for the mass death at a nightclub, (Gawker recently did an article about the girl who used her last breath to post a Facebook status asking for help in the burning club), they have committed to expanding the horizons of prisoners.

Called “Redemption Through Reading” Brazilian inmates will be able to read up to 12 works of literature, philosophy, science or classics to trim a maximum 48 days off their sentence each year. Prisoners have no more than four weeks to read a book and write an essay, which must “make correct use of paragraphs, be free of corrections, use margins and legible joined-up writing”.

It sounds like an amazing idea, and while it will be reserved for the prisons’ more notorious inmates, for some reason I don’t think the night club owner will be able to apply for the program.

For entertainment value, and in honor of the great literature showcased at the Young Adult Literature Awards today, the following is a list of ten books that I found particularly interesting.

Writing can also bring prestige, a loyal tribe numbering in the thousands of (sometimes fanatic) followers, and mega financial stability—but only if your name is or resembles John Grisham, J.K. Rowling, or is listed below.

1. Aristotle and Dante Discover the Secrets of the Universe by Benjamin Alire Saenz
“Aristotle is an angry teen with a brother in prison. Dante is a know-it-all who has an unusual way of looking at the world. When the two meet at the swimming pool, they seem to have nothing in common.” I really wanted to read a book about two young Latino boys and how they change each other’s lives. I think there needs to be more positive books with teenage male protagonists

2.  The One and Only Ivan by Katherine Applegate

A first person account of a gorilla, Ivan, a baby elephant Ruby, and how he grows to see his surroundings differently

3. Splendors and Glooms by Laura Amy Schultz
Set in Victorian London 1860, the story follows a puppeteer and a young girl Clara who is spellbound by his craft.
4. Three Times Lucky by Sheila Turnage
“Full of wisdom, humor, and grit, this timeless yarn will melt the heart of even the sternest Yankee” according to Goodreads, and I was sold at that.
5. Code Name Verity by Elizabeth Wein
Historical fiction about two girls from completely different circles becoming best friends while fighting in World War II? Don’t mind if I do.
6. Pete the Cat and His Four Groovy Buttons by James Dean
This just sounds like it could be by new favorite picture book—a cool cat who is completely nonchalant about his style.
7. Dodger by Terry Pratchett
The book contains lots of historical cameos and apparently Charles Dickens living vicariously through Pratchett.
8. The White Bicycle by Beverley Brenna
A few words made me take a second look at this book: Asperger’s Syndrome, Taylor Jane’s travels to the south of France and babysitting for the Phoenix family.
9. The Fault In Our Stars by John Green
A story about a cancer patient, who was diagnosed with Stage IV thyroid cancer at 13 and preparing to die—sounds absolutely haunting.
10. In Darkness by Nick Lake
The aftermath of a Haitian earthquake involves a boy named Shorty, whispers of Toussaint L’Ouverture, and gangsters. I’m intrigued.

If I’m in luck, my bookshelf will forgive me in a couple of years for adding sweet goodness to its bloated system.